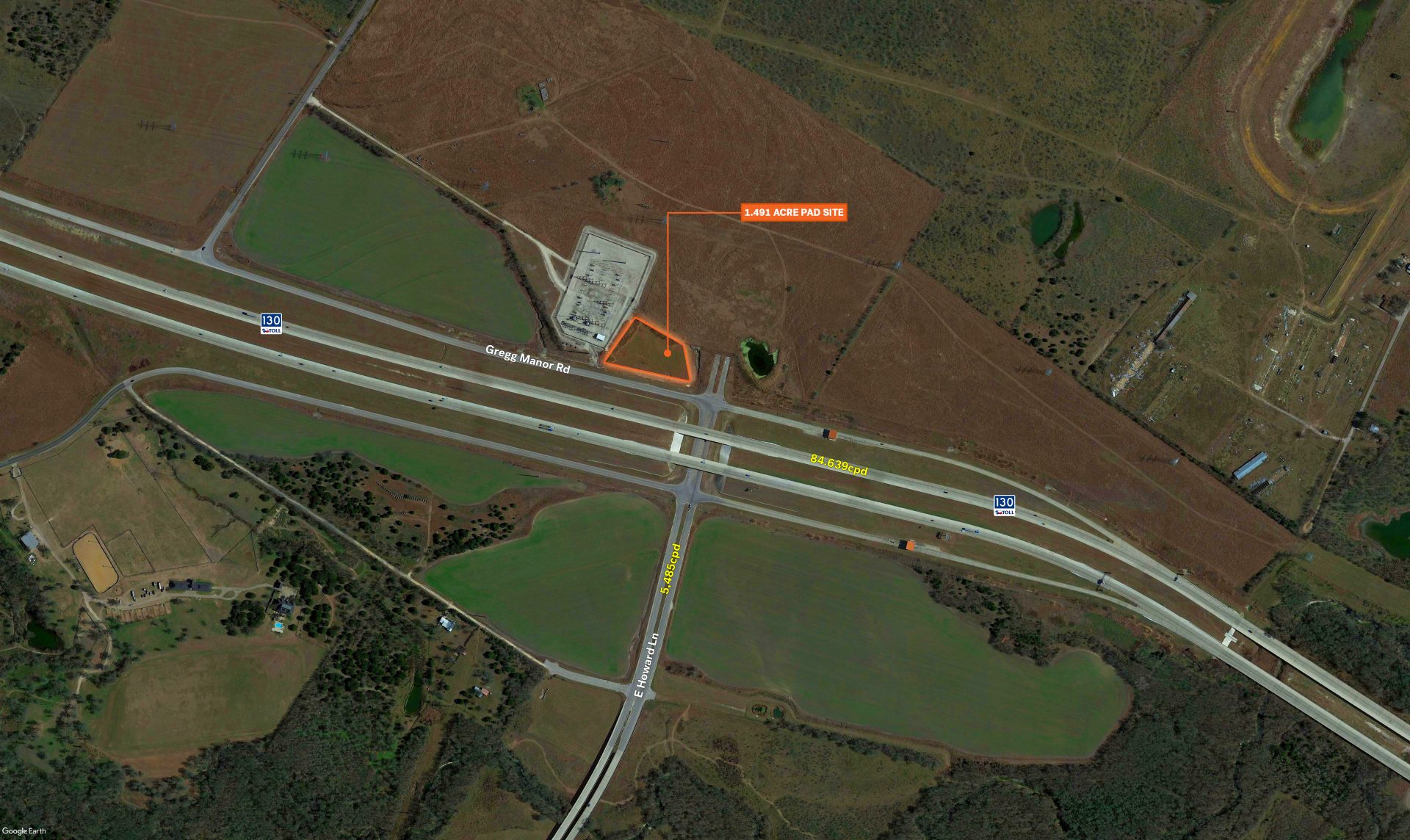 Land for sale or lease on SH-130, in North East Austin. The Howard Lane pad site is located in one of Austin’s fastest growing corridors, near Applied Materials, Tesla, and the Samsung Campus. Additionally, coming soon to the area is the new Whole Foods Distribution Center, and the Equinox development. In a couple of years, East Parmer Ln will be nearly unrecognizable as these massive developments break ground.

As Austin continues to grow, home-buyers, and developers are expanding out to the east. Manor has become nearly unrecognizable over the past decade. Its population was just 1,200 in 2000, according to the U.S. Census Bureau. By last year, the number of residents had climbed above 17,000.