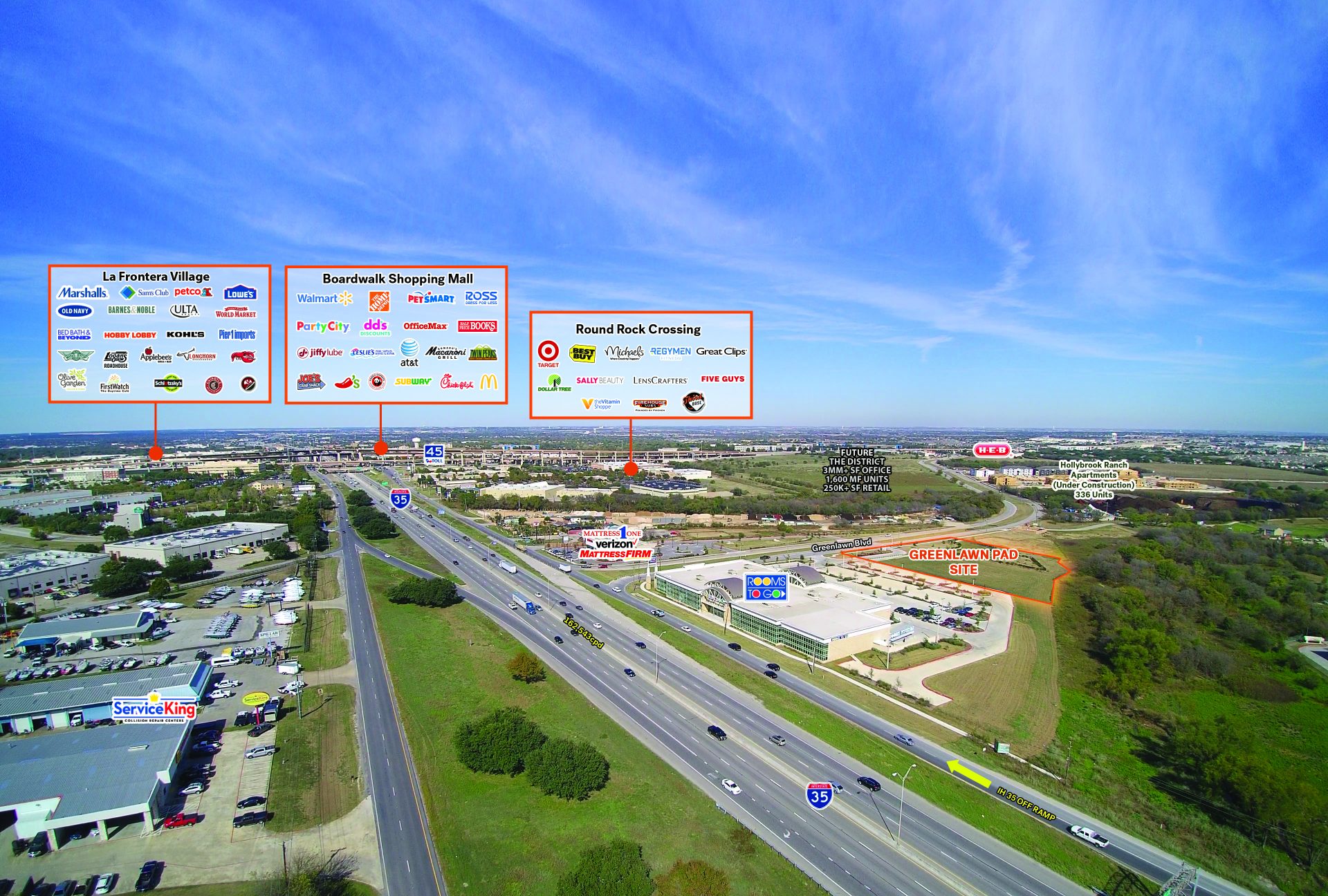 The Greenlawn Pad Site is ideally positioned next to many major shopping centers including La Frontera, and Round Rock Crossing. The property is less than a mile from the Dell Campus, and sees massive amounts of traffic.

Round Rock is recognized as a driving force for economic development in Central Texas. The city is home to Dell Technologies’ world headquarters
and a growing number of businesses. Additionally, Round Rock is one of the fastest growing cities in America with a population of almost 120,000. Much of the housing stock in the area consists of single-use subdivisions that connect to major thoroughfares. Until a few decades ago, Round Rock was a small, rural community. Today it is the second-largest city in the five-county Austin-Round Rock metro area.