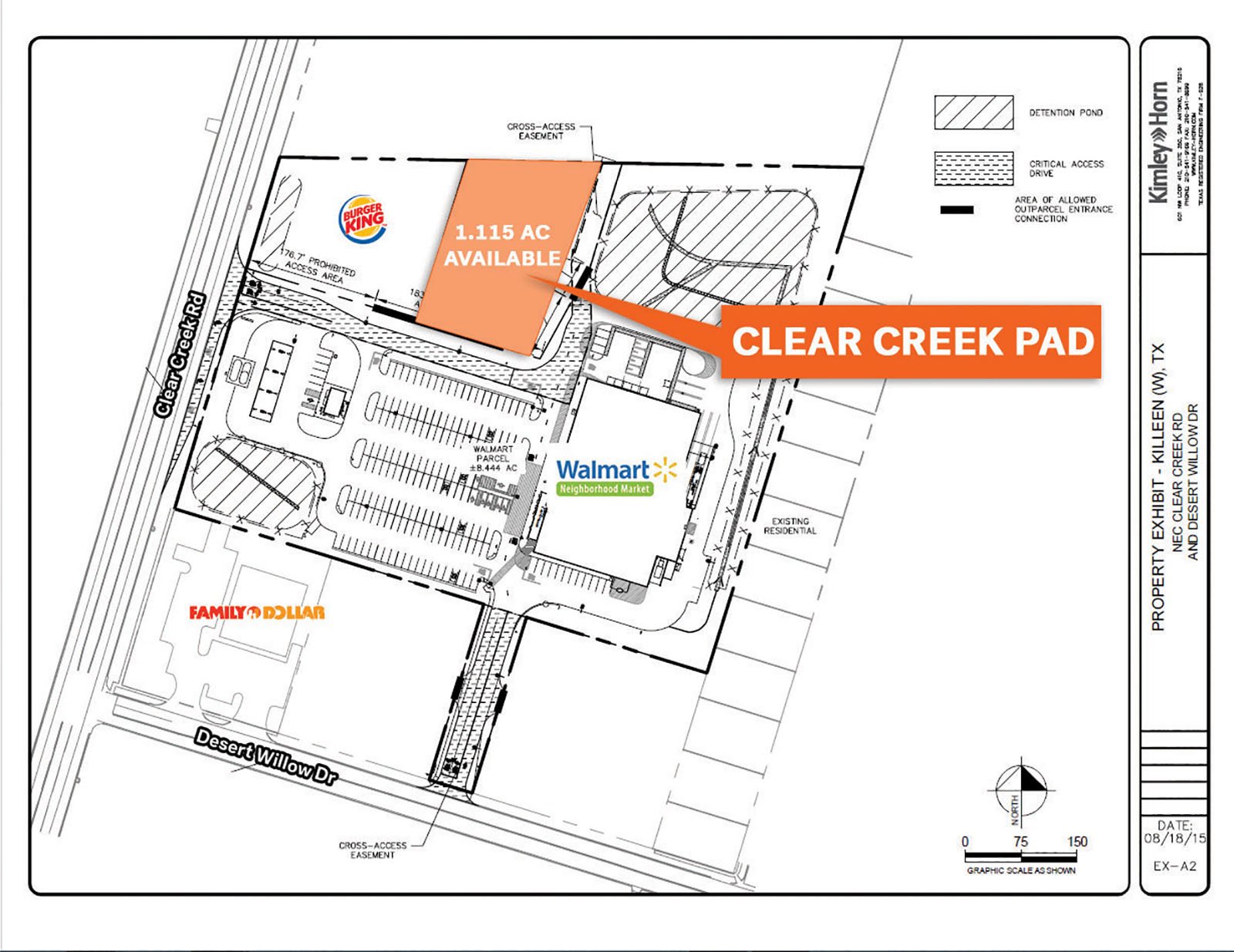 The Clear Creek Pad site is located in Killeen, TX, just South of Fort Hood. The property features great visibility, is anchored by Walmart, and is nested next to large subdivisions.