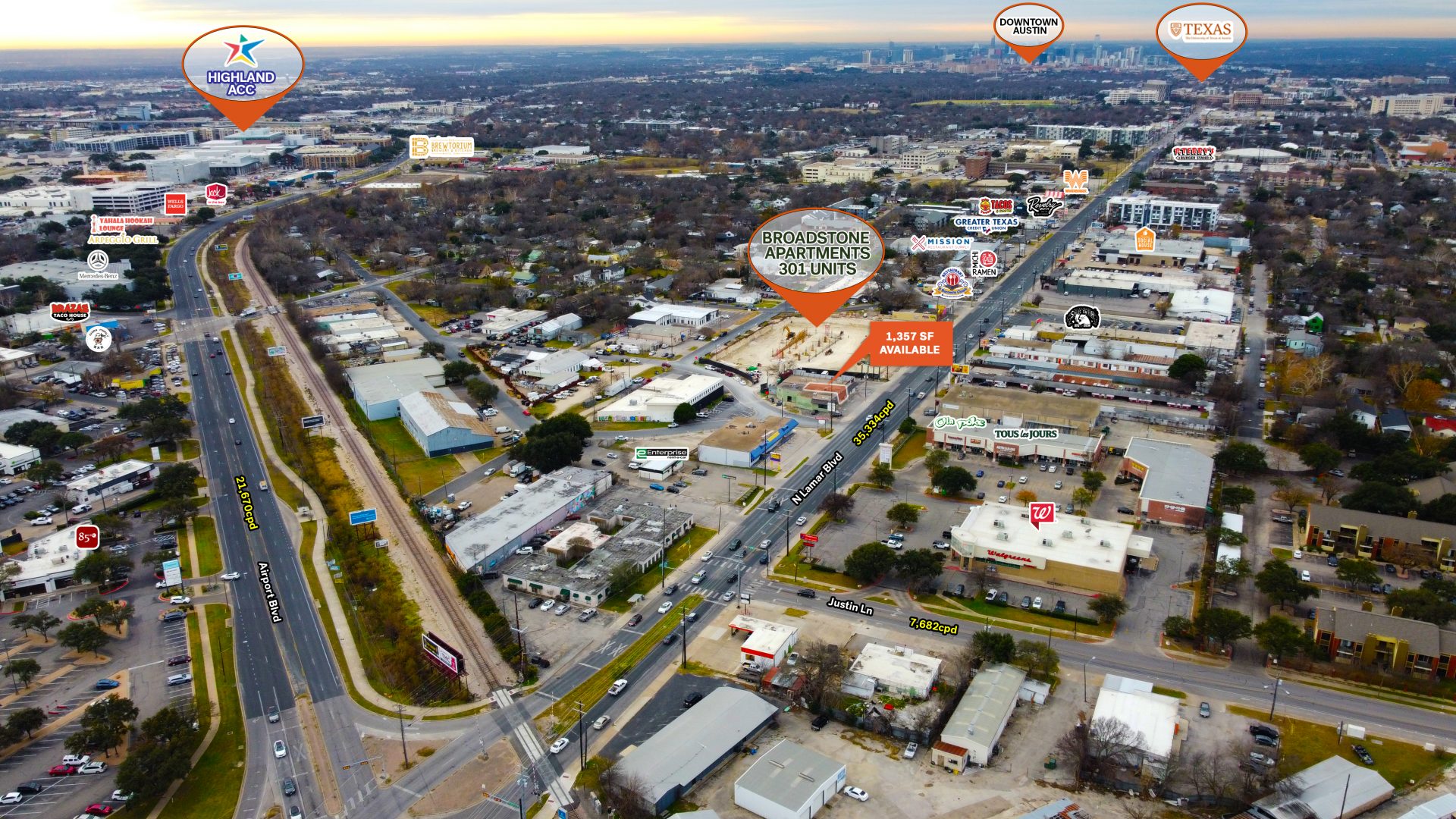 The investment opportunity features a multi-tenant single-story building built in 1960 and refurbished in 2015 that is located on 0.424 acres on the heavily trafficked North Lamar Blvd in Austin, TX.  Additionally, the immediate surrounding area consists of one-story retail, light industrial, and new mixed-use developments and opportunities.

Now North Lamar is home to the Highland and Brentwood neighborhoods and ripe with redevelopment in the Center of Austin, Tx. In 2007 North Lamar was labeled a transit Corridor by the city of Austin. As a result, it is now a major thoroughfare through the city. Lamar has seen a massive increase in mixed use and residential developments since the development guidelines were set with Core Transit Corridors. As a result, the already dense residential and high trafficked area will continue to grow. Property value in the area will continue to increase in value as the demand for retail space will be high on this major artery of Austin.

Business activity in the Austin MSA is booming.  The Austin area is experiencing a massive growth surge that economists predict will continue for the foreseeable future. As a result, the Austin MSA is awarded as one of the most recession resilient cities in the US.